Courts in Florida Limit Damages Under the Wrongful Death Law 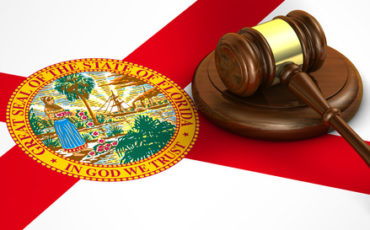 One of the Florida appeals court ruled this past week in a suit that was filed by a widow of a man that died due to complications with mesothelioma that the spouse is not able to claim any sort of loss of the consortium damages under the state’s current stature of wrongful death law if the two parties were not married during the time of the injury in the deceased spouse.

According to this new law, one woman was not able to bring charges against losing her husband due to mesothelioma. He attributed this to asbestos exposure back in the 70’s, but she was not able to bring any sort of case against the company due to the Wrongful Death Act in Florida stating that if they were not married at the time of the exposure, then she is not able to claim the case.

Under the common law of loss of consortium, the people must be married during the time of the injury in order to receive compensation for the damages. In order for her to receive these damages paid, Florida would have to overrule the statue, which is something that they’re not able to do or should do according to the appeals court that was handling the case.

Though the intentions of the Wrongful Death Act allow the spouse to receive compensation for the damage after the death of the spouse, nothing states that the marriage before the injury is in place during this time. Because this is something that was not overruled, the common law marriage statue was then put into place and justified before the case actually went to trial this time around when the case came back to the appeal court.

Her husband was diagnosed with mesothelioma in 2014 after being exposed to asbestos back in the early 1970’s. He was married to his wife later on in 1976. This is what makes her not able to claim the damages within the court system.

While he was in a battle with Union Carbide Corp. and Georgia-Pacific LLC, the makers of the asbestos, but he had died while the litigation was pending, leaving the case dry and giving his wife no chance of obtaining the compensation from the case.

If the case had continued as a common law loss of consortium claim, instead of being changed to a Wrongful Death Act, then the defendant might have been able to receive compensation for the damages sustained by her husband from the asbestos.

Her and her attorney are continuing to get their case seen and heard through the courts, while trying to throw out the statue where the spouse is not able to claim losses if married after the incident happened.