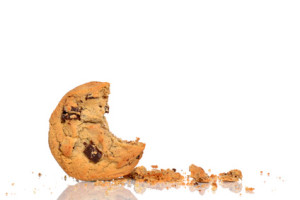 We are in the time of year most associated with food.  Food is everywhere.  Coworkers are bringing cookies and dishes in for office gatherings.  Families are getting together for dinners.  And let’s not forget all that turkey leftovers!  Yes, we eat more at this time of the year.

Because of all this eating, this is the time of year for the danger of food poisoning.  We don’t know the conditions the food was prepared under.  We also leave platters of food out for hours on end.  That turkey is sitting out while we eat and then sit around the table talking.  The turkey then goes to the counter top while we polish off desert.  Just how long has it been sitting around?  Now it’s put away in the refrigerator for all those delicious turkey sandwiches.  When you take a bit of that sandwich you might be getting more than the turkey.  You may end up with food poisoning if the turkey wasn’t properly handled.

Food poisoning makes someone extremely ill.  Death has even occurred in youngsters and elderly people.  When suffering from food poisoning, you may end up hospitalized.  At the very least, you will feel awful and be out of commission for a while.  If you try and take the responsible party to court to get reimbursed for your medical bills and lost time at work, it may be tricky depending on the circumstances surrounding your illness.

If you attended a holiday party at a restaurant or had it catered by a specific person, and there were many who started getting sick, it is easier to pinpoint the cause of the food poisoning.  Everyone ate food that was prepared at the same place and those who got ill most likely ate the same thing.  But if the illness happened at a function at a friend’s house, it can be difficult to determine just what the cause was.  Most times at friends or relative’s houses, we are picking at food and talking.  We are most likely not paying attention to how long that mayonnaise based dip has been sitting there.

The important thing to remember if you become a victim of food poisoning during the holidays or any time is to keep a record of everything you can remember eating.  If others become ill as well, it will be a major clue as to who is responsible for your illness.