Is Getting Sick in a Restaurant a Personal Injury? 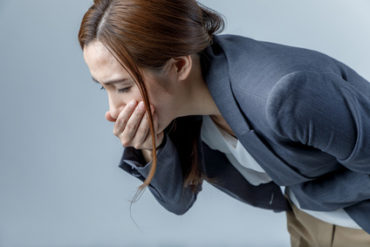 If you are in any establishment that has a responsibility for your safety and you are injured, it may constitute a civil personal injury suit. There are a lot of factors that decide whether the establishment that served you has any liability. The liability in a food poisoning case could be strict product liability, for example, if the food that was sold to the restaurant was tainted, or negligence, if the food as delivered was fine but the restaurant erred in storing or preparing it.

Regardless of the cause, you should always seek out a personal injury attorney in Melbourne, Florida. Food poisoning is a difficult thing to prove. Though if large numbers of people become ill who ate the same food at the same restaurant that you did it could be easier. But if it was only you or you were the only one to complain it gets more complicated.

The biggest problem with a food poisoning case is that the symptoms rarely show up until hours later or sometimes the next day. Though you may know that you have eaten nothing since you ate at the restaurant, it is a difficult thing to prove. It is also difficult to tie the food you ate to the restaurant because unless you got a doggie bag, you no longer have a sample of the exact food you ate and neither do they.

Food is handled by a lot of people. For example, if it’s a vegetable it is picked, processed, packaged and shipped. Meat is slaughtered, cut, packed and also distributed by truck. The animal itself could have been ill before it was slaughtered. At any point in these processes your food could have become contaminated in which case you may have a product liability case. If the contamination came from the restaurant itself different laws apply.

There are many reasons food can become contaminated in a restaurant. If it is meat, it could be undercooked. It could be stored at the wrong temperature, which apparently happened at President Trump’s Florida resort, though no poisoning incidents were reported. It could have been prepared on dirty or contaminated surfaces or the utensils used to prepare the food were dirty or cross-contaminated. In these cases, you have to show there was negligence on the part of the restaurant. In any case, a personal injury attorney can help. Don’t forget the Doggie Bag!