Jim Carrey is in a Battle for a Wrongful Death Lawsuit 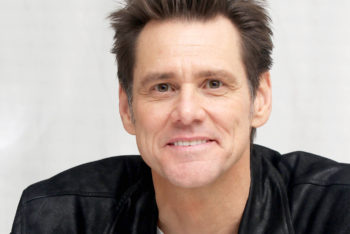 Many people are familiar with the case of Jim Carrey and his late girlfriend who overdosed on opiates in September of 2015. The finger was originally pointed at Carrey because people claimed that he was obtaining drugs under a pseudonym and giving them to his late girlfriend. At first, since the bottles of pills did belong to him, this put him in the hot seat. However, there is far more to the case than previously thought.

The estranged husband of Carrey’s late girlfriend has now come into the spotlight, claiming Jim Carrey is directly responsible for the death of his late wife. This man, who was not living with his late wife, or even in the same state she was living in at the time, is claiming he knew his late wife well enough to know she would never take opiates. She had been prescribed them in the past and refused to take them, so his claim is that she must have been forced to take the opiates.

Jim Carrey is refuting the lawsuit. All doctors who have ever cared for Carrey have known that he uses an alias for his own privacy, and all are made well aware of this prior to caring for him in any way. Also, the pills that were in his late girlfriend’s possession were pills he told her he was unable to find, which points to something she may have set aside or come across on her own. Carrey has shown nothing but heartbreak for the woman he says was the love of his life. He has been on the defensive since her suicide, all because people want someone to blame for this tragedy.

According to Carrey, the estranged husband never got along with Carrey, which is to be expected. The estranged husband was not living a life that involved the young lady who passed away, so Carrey believes this is simply a ploy to exploit money out of the comedian/actor.

Carrey has vowed to stand up for his own rights, as well as the memory of his late girlfriend, in court, to prove this sham is nothing more than that. He plans to use whatever money he has to, to prove to everyone involved that he did not want anything bad to happen to this young lady, any more than her family did.