Prevalence of Pedestrian Fatalities in Florida Continues to Rise 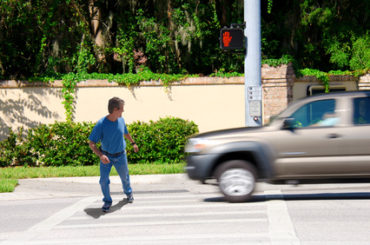 Pedestrian fatalities continue to be on the rise throughout Florida. With many pedestrians walking or biking to where they need to go, many cars may not see them or end up accidentally hitting them. This is becoming an ongoing problem for those that are living within the area. With many cases happening each and every day, it has raised a cause of concern for many that are dealing with the hardship of having to go through a loss or injury due to this.

January of 2017, a pedestrian was fatally struck by a vehicle while crossing the street. This was not the only case. Another case involved Ashley Hasychak, just 24 years old of Pennsylvania. She was trying to cross the street and the force of the impact of the vehicle sent her to the sidewalk and into a light post on the corner. Taken to Blake Medical Center, she ended up dying due to these injuries.

Hasychak loved children and teaching. She was studying speech pathology at Clarion University. Described as a beautiful, outgoing person, she is going to be deeply missed by those around her. All because of this accident that happened when it didn’t need to. This was a sad situation which might have been avoided, depending on the reason behind the strike.

Though the investigation is ongoing, there are charges currently pending against the motorist that hit her, Gary Moses of Florida. He was uninjured during the incident, but did not move from the scene of the incident.

One of the Most Prevalent Accident-Types

Pedestrian injuries and fatalities are some of the most common and prevalent in Florida. Victims and their families should seek out legal counsel as soon as an accident, such as the one mentioned above, happens. According to statistics from Smart Growth America, Florida has some of the most dangerous roads for pedestrians in the entire United States.

This has been shown since 2009, when the data started getting tracked. According to the statistics, from 2005 to 2014, a little under 50,000 pedestrians were fatally hit by driving vehicles. In 2014 alone, close to 5,000 people were killed by vehicles on the road while on foot. This is over 100 more people than the previous year. Between these years, it was shown that American pedestrians were more than 7 times more likely to be killed this way than to die from a natural disaster in the area.