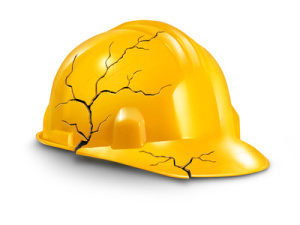 Any kind of personal injury sustained by a worker during the performance of his duties, either in or outside the premises of their employer, is considered as a workplace injury, and the victim is entitled to compensation. Most cases are considered as routine, but there are potential claims further to the usual involved, and this is why it is important to consult an experienced attorney.

In Florida, workplace injury claims are handled through the Worker’s Compensation Division of the Department of Finances, and a great number of injured employees receive benefits as long as the proper procedure is followed.

The premise of the law is for the workers to be compensated for the income they would have otherwise received, if they were not injured. Based on the physician’s findings, the benefits include:

After the injury, the victim may be able to return to work but without the same wages they earned before the accident. The benefit covers 80% of the difference between the previous wages and the ones after the accident.

After the accident, the victim is not able to return to work at all. The usual practice is for to cover either 66.66% of the actual wages at the time of the accident, or 80% of the regular wages.

A worker that was injured in a way that they may never recover fully after the accident, is given a maximum medical improvement rating. Afterwards, the benefits are based on the future work restrictions and the impairment rating.

When a workplace injury claim is filed, the Florida laws place the following regulations to the worker’s compensations:

As aforementioned, workplace injury claims may include other potential compensations such as ones derived from civil issues, or from employer or third party liability through negligent acts. Contacting Singer & O’Neil will guarantee proper guidance and receiving of the full amounts for all kinds of compensation.