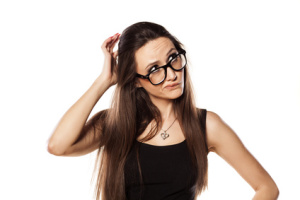 We all think that the days we grew up in are the best. We look back fondly at the freedoms we had and shake our heads at how the world is today. Every generation does this. Some of the freedoms we enjoyed naturally caused some outrage in others. And because of these outrages there were laws passed to address the atrocities. I have compiled a list of some of the more bizarre laws from the state of Florida for your enjoyment.

Did you know it is illegal in Sarasota to sing while you are wearing a bathing suit? It is also illegal for anything to be towed from a bike. How about skateboarding without a license? You’d get a ticket, it’s illegal.

In Miami a man wearing a strapless gown of any kind will find him in trouble with the law. I think they are ignoring that one these days. And if you love nature, you better not love it too much because being intimate with an animal will land you on the wrong side of the law, especially porcupines. And speaking of intimate acts that the state of Florida frowns upon; it is stated that unnatural acts may not be committed to one person by another. That one leaves a lot open for interpretation. In the same vein, lewd acts by unmarried couples living in the same house is a no no. And did you know that oral sex is illegal? That’s as silly as the law that prohibits a man from kissing his wife’s breasts.

Women have some laws specifically designed to keep their wild ways in check. A woman is not allowed to parachute on a Sunday. And a woman can be fined for falling asleep under a hair dryer. This one was obviously created by someone who has never sat for long periods of time under that warm air unable to hear anything happening around you. There’s nothing to do but fall asleep.

Some more really bizarre laws in Florida are; no breaking more than 3 plates or chipping the edges of 4 cups in one day is allowed. If you think you are going to get away from a parking meter fee by tying your elephant to the meter instead of your car, forget about it. Your elephant will cost you the same amount. Hey, did you also know that pregnant pigs are not allowed to be confined to pens? And if your doctor asks if you own a gun, call the police, he just broke the law. Oh wait, that one was repealed.

So the good old days were fun, but definitely left us with some bizarre laws. So, if you’re going to live in Florida or even visit, read up on these. One more word of advice, if you’ve had the early bird special on Thursday and feel a bit gassy, don’t flatulate in public after 6pm. Yep, it’s illegal.