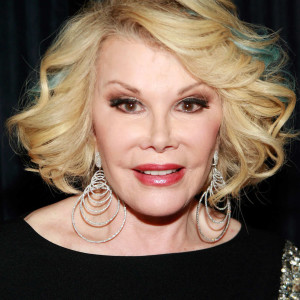 When someone dies and it appears the cause of death was at the hands of a third party, it is understandable for family members to lash out and want that person to pay for the loss of their loved one.  Over the years we have seen many well-known deaths result in wrongful death lawsuits brought about by family members.  Nicole Simpson’s family successfully sued O J Simpson for her wrongful death.  Michael Jackson’s family sued his doctor for his part in Michael’s death.  And Melissa Rivers is suing her mother’s doctors over her untimely death.  These Wrongful Death Lawsuits are all from family members that remained close to their loved one.  But there are also lawsuits brought to court by estranged family members.  Do they hold the same merit?

A recent wrongful death lawsuit brought about by estranged family members is the lawsuit against Bruce Jenner, who was involved in an auto accident this past February which resulted in the death of a 69 year old female.  In May of this year this woman’s estranged stepchildren filed a wrongful death lawsuit.  The lawsuit claims the stepchildren of the woman have suffered the loss of their stepmother’s love, support, affection, comfort and financial support.  They claim to have suffered enormous damages because of their loss.  Each of these children reportedly live out of state and have for decades and are financially independent of their stepmother.

In a case like this, how is it determined if there is a legitimate claim?  The first thing to be determined is whether Bruce Jenner can be found responsible for the accident.  Was he negligent?  Did he do everything he reasonably could to avoid the accident?  If he is found to have acted in a responsible manner, the case will most likely end there.  If he is found to have some fault in the death of this woman, will the stepchildren be awarded any financial damages?  Even though they have been allegedly estranged from their stepmother, a judge will have to consider what, if any, financial loss they will experience due to their stepmother’s death.  Even if there is no financial loss because of her death, they can still be awarded damages for their pain and suffering.

Not all lawsuits are cut and dry.  A judge takes many things into account before coming to a decision. No matter what public opinion may be, the decision is based on the law and the facts supporting the case.