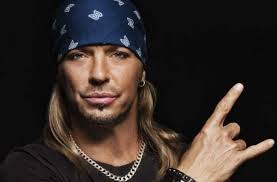 Injuries can happen anywhere, at any time and to anyone.  No one is ever immune to injuries or lawsuits.  This goes for celebrities too.  They may have the best security protection or the best products on the market, but they too have been known to have an accident.  Are there any that immediately come to mind?  Here are a few you might have heard about.

Bret Michaels from the music group, Poison, filed a lawsuit against the Tony Awards Productions, CBS and a few others involved in a 2009 accident.  The scenario is that as Bret Michaels was leaving the stage, a backdrop was lowered right on his head.  This first looked like just a broken nose and some stitches in his lip.  After a period of time, Bret Michaels was taken to the hospital with a horrible headache.  He was diagnosed as having a massive brain hemorrhage.  This type of hemorrhage was directly related to a head trauma.  Michaels filed a lawsuit claiming he was not instructed on the correct way to leave the stage.   The case was settled out of court.

Another case is Adrian Bailey versus Disney.  Adrian was part of the cast of the Broadway version of “The Little Mermaid”.  Prior to a performance, Bailey fell through a trap door.  He was severely injured with back, pelvis, sternum, wrists and foot fractures.  Bailey sued Disney stating his life was forever changed.  Also named in the suit was Niscom, the manufacturer of the mechanism that operated the trap door.  Niscom was found not at fault for the accident as the mechanics of the trap door were operating as they should.  There has been nothing noted on the outcome for Disney.

And another personal injury case with a celebrity is Grigor Baylan versus Lindsey Lohan.  Baylan claimed that Lohan’s car ran over him outside a Hollywood club.  Lohan was not driving her car at the time, her chauffer was.  The chauffer was also mentioned in the suit.  This case was settled out of court.

It would seem that most cases involving celebrities are settled out of court.  And while the end result may never be known, the charges and the facts always find their way into print.  Celebrities are not held to a higher level when it comes to legal proceedings.  However, they may actually be more susceptible to lawsuits given the amount of wealth they have.