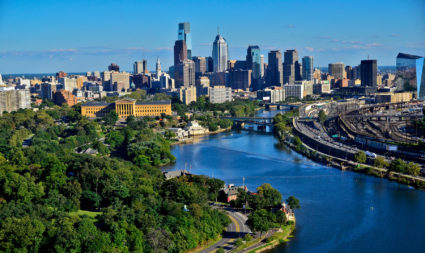 A landscaper is happy after the settlement that he has been fighting to win has finally closed, in his favor, and has awarded him the biggest settlement in Philadelphia’s history. With it just being approved now, it has been years since the landscaper has started the case and is happy that it is finally coming to an end, with an agreement in sight.

Five years ago, a landscape worker severely injured himself when his truck for the company rolled over. This roll over caused severe injuries to take place, causing him to miss out on a lot and go through emotional turmoil. He is set to receive the largest settlement amount ever agreed on in Philadelphia County, according to the lawyers that he has.

David Williams, who is 32 years of age, reached an agreement with the companies in question – ServiceMaster, Dickinson Fleet LLC and TruGreen, as well as others of $26.55 million to settle and close the current personal injury case. Represented by Saltz, Mongeluzzi, Barrett and Bendesky; he has been able to successfully win the case that he has been fighting for years. The judge just approved the record settlement this week.

The Story Behind the Personal Injury Case

When the TruGreen truck that Williams was driving back in November 2011 rolled over on a highway, it left William with a fractured spinal cord that required multiple surgeries. He is currently a quadriplegic because of the accident. His wife Jaimi, as well as himself, alleged that the rollover happened due to a bald tire that was left alone and not repaired by the defendants, even after it failed their own inspection. This then caused the issues to become worse when the truck flipped and harmed Williams, who was driving it at the time.

Williams spent months at the Magee Rehabilitation Hospital in Philadelphia. He required constant supervision, including being repositioned in the bed several times a night. Since his lifetime medical expenses are thought to be millions of dollars, they want to ensure that he would be able to afford them throughout the remainder of his lifetime. With three children, he is just happy to be alive and now hopes for a better future with the best medical care.

The lawyers are also happy with the outcome and were not going to let the case go until something was done about the issues that were taken into account.