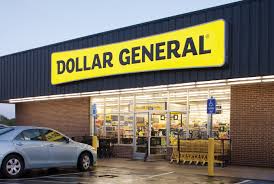 In Alabama, it was found that Dollar General was not keeping up on their inspection policies and due to this, they’ve had a rise in the amount of customers that would get hurt within the store. Due to this, many of those victims have filed personal injury cases against the store, causing the store to have to pay millions out in damages to the victims of these incidents.

As a large chain of stores, this is something that happens to many of the patients that have visited the stores throughout the state. Additionally, mostly all of these victims remain damaged or paralyzed in one way or another due to the accident that had occurred within the store.

With this in mind, many of the patients have gone to see a lawyer regarding the cases that they might have against the stores that have done this to them. If the stores had kept up on the cleanliness and protocols that were put in place then many of these injuries might not have happened in the first place. This then leads to the people in the cases becoming seriously injured due to the negligence.

The Current Case is worth Over a Million in Damages

Since the one incident that happened, leaving a woman permanently disabled in her leg and shoulder, leading up to eight different surgeries, there tend to be many smaller ones of a few thousand that have followed since then.

As of now, the company has paid out so much in damages that they’re unsure of the future of these stores throughout the state and hope to fulfill better roles within the organization so that they keep up with everything that needs to be done, without having to worry about once again, being sued for the damages that occur within the buildings in the state from those that slip and fall or trip.