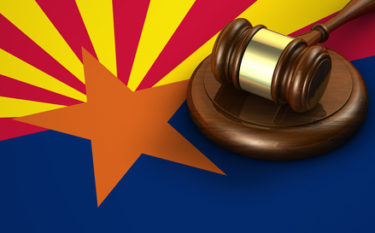 The city of Tucson is one that so many know and love, however there is one woman that has filed a wrongful death suit against them. This is due to a TPD pursuit that happened, where she was injured during the pursuit. This is something that was brought to the attention of the city regarding the deputies and other officials that were on the scene during the time that she states she is filing for.

The Major Details of the Pursuit

The woman is stating that her son had died due to a high speed police chase that led to his death. The officer that was chasing him, Crowder was not adequately trained to deal with these types of traffic offenses and this led to her son passing away on the scene after the incident unfolded. Instead of the officer pulling the driver over, he continued to follow him until it spiraled out of control, leading the son to his death at the end of the chase.

If the officer was completely trained to handle these types of situations, then something like this wouldn’t have happened in the first place. He should have turned his lights on, he should have done something to get her son to pull over and notice what he was doing and where he was going but instead, the cop just continued to follow him through.

At the end of the chase, going over 100 mph, the driver was cut off by another driver, leaving him to swerve out of the way. When the driver swerved, this is when the vehicle flipped over, hit a pole and where the son had lost his life. During this time, the officer continued to follow him, but never turned on his lights until after the incident had unfolded.

According to the police department, these types of pursuits are only allowed if the person in the vehicle is thought to have committed a specific crime or is in the middle of committing one and never any other time, or even for traffic violations. This leads the mother of the deceased boy to bring up the lawsuit against the city and law enforcement department due to the officer not abiding by the rules of the department on whether or not he should have continued to follow him without turning on his lights and actually pulling him over for a traffic stop.