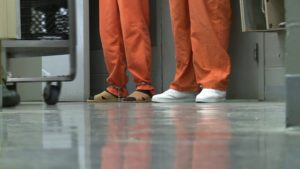 The family of a woman that died in a Carroll County jail back in 2014 has not received their verdict regarding the award that they will receive due to the negligence on behalf of the justice center where she was being held. The settlement is one that they agreed upon after years of going back and forth, as well as many investigations into the death and jail that she was being held in. After the inmate had died, the family filed a wrongful death suit against the jail.

Sylvia Donelson was the women that died at just 47 years of age. Her son and daughter, after seeing the medical records, stated that the jail could have done move to save their mother’s life that day. Just shortly after her death, the two filed the wrongful death case against a nurse and deputies that worked with the jail system that were taking care of their mother during that time when she had passed away.

Dying from a heart condition, as well as bipolar disorder; the report states that her heart had stopped working, but her bipolar condition was a contributing cause in her death. This is a condition that they felt should have been controlled better, especially since her records indicated that she suffered from it.

On the morning that Donelson had died, nothing was noticed or said about her condition. She had not eaten in over 24 hours, or had anything to drink. She was found lying on the floor in her own urine, but with a pulse. The jail team, including the deputies and the nurse found her with a pulse, but just stuck a piece of sandwich in her mouth. This is the sandwich that was found there hours later when someone came back to check on her again. Only this time, she did not have a pulse and no one rushed to provide CPR or to call in medical professionals to do so.

As part of the settlement between the county and the family, the deputies state that they have no guilt in the matter of their mother’s death. They had settled out of court for an undisclosed amount. Additionally, it was never truly found whether or not the deputies and nurses in question actually should have provided more care than they currently did for this woman that had passed away while under their care.