Can You Sue for Almost Anything? 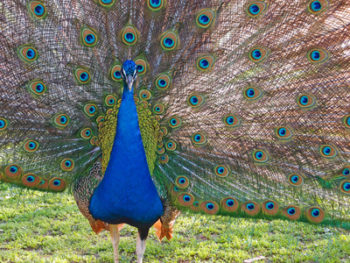 As a personal injury attorney in Melbourne I will tell you, this is a question that I am frequently asked. It would seem that you can sue for anything when you read about some of the lawsuits out there. And the truth is you can try to sue for anything, even the most frivolous thing, but the courts don’t have to accept your case. They can reject it out of hand.

With that said, there are plenty of injuries that you can sue for but you have to be certain that you are going after the right party. It may look like everyone has a hand in it, especially in cases that involve product liability, but the law is pretty discriminating when it decides who can be held responsible. There are tests that must be met.

Examples of Problem with Responsibility

Take for example, the child that was pecked by a peacock in a park in Apopka. The bird landed on his head and its talons gave him scratches and made puncture wounds. This is a regional park run by the county. They have signs up warning that the wildlife could get aggressive, they warn visitors not to feed the wildlife but the birds are staying. Can that child’s parents sue the park and could they win?

First, they would have to establish that the park is responsible. They would have to prove that reasonable care was not taken to protect her child. If they proved that they would have to show that they had a duty to provide such care and they failed that duty. But there are questions that would be raised. This is an open air park not a zoo. The peacocks are free to come and go and have actually become a huge problem in many parts of Florida.

The family would likely not be successful in suing the park district. They knew that the birds were becoming aggressive on occasion and posted signs to that effect, warning the visitors. They went a step further and informed visitors not to interact with the wildlife since they knew that caused problems. That puts the onus on the visitor and his or her behavior then is called into question.

In this case, did the child do anything to provoke the birds? Probably not, but his parents have to prove that the park was directly responsible for what happened. They must show that there was an action the park could have taken that would have directly prevented the bird from injuring the child. They also must show that a reasonable person would have been able to foresee that the actions of the bird towards the child were likely to happen.