What If You Are Hit by a Stolen Car? 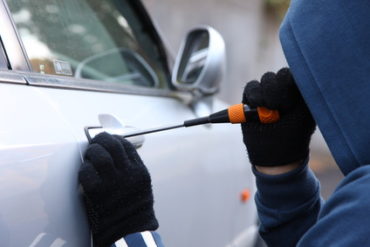 Cars are stolen every day and most of the time they are uneventful thefts, in other words, the perpetrator gets away without incident. But sometimes the theft does involve an incident and it could be that the person involved in that incident is you.

You could be walking across the street, well within the crosswalk and with the light, and you could get hot as the car thief rounds the corner to make his or her getaway. Or you may be the unfortunate car in front of the car thief as he looks back to see if the police are in pursuit and misses the fact that you are stopped in front of the careening stolen car. What can you do?

First Get a Lawyer

We are personal injury attorneys serving Melbourne, Florida. If you were involved in an accident, such as the one described, give us a call. Right now, you are probably thinking oh sure, the car thief has insurance. Well, that’s true, the car thief probably doesn’t have insurance, but may have a home or a car or some money in the bank. Does that sound greedy to you? Well, it shouldn’t.

First off, you may have injuries and even if your auto insurance pays your medical bills they may not be able to cover all of them. Remember, there is a limit with the medical provision of your insurance policy. Unlike medical insurance, the auto insurance company only has to cover your bills to a certain amount, then your health insurance kicks in. You could incur a lot of expenses when taking into account deductibles and co-pays.

What if the Car Thief Has No Insurance?

If the car thief has no money or insurance, there are other avenues. If this involved a police chase you may have a cause against the city and the police department. This would involve the policies of the department regarding police car chases and would be made better if the police didn’t follow procedure.

If policy was not followed and/or procedure was not followed by the officers involved, you can make the case that had procedure or the officers been following them the accident may not have happened and you would not have been injured. At the very least you could get your property repaired or replaced and your medical bills paid. If you have lasting injuries you could get the future cost of those injuries covered as well.