Legalities Behind Texting and Driving 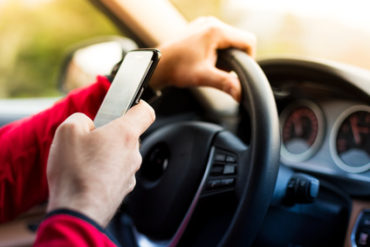 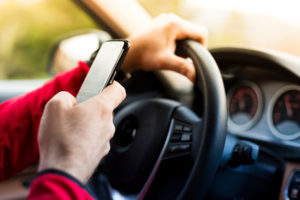 We all know that texting and driving is illegal. Melbourne, Florida is under the “Florida Ban on Texting While Driving” law. It is important to understand the ever-changing world of the what is and is not legal in order to keep from committing offenses that may permanently impact your record. It is also important to recognize the value of these laws and why they are in place. Your health and safety are the number one concerns along with the health and safety of others sharing the road with you. Why is texting and driving such a big deal, though?

Dangers of Texting and Driving

Texting and driving accounts for a staggering number of motor vehicle accidents annually and car accidents are actually the leading cause of death for teens for this reason. In fact, many of the personal injury cases seen by any given attorney at any given time revolve around car accidents and most commonly these are caused by distracted driving, such as happens while texting.

Studies have shown that sending a text makes a driver 23 times as likely to get into an accident. At 55mph, sending a text leaves your eyes off the road for the length of a football field. That is plenty of time for something to go wrong. Teens are four times as likely to cause an accident due to texting than those over the age of 35. We often hear about how drug addicts start small and enter gateways into worse habits, right? Texting and driving can lead to more dangerous practices as drivers become more comfortable with risky endeavors. It’s a similar concept.

What is and is not Illegal?

Looking at the law and how it varies state to state can make pinpointing what is and isn’t ok a challenge. Here in Melbourne, texting and driving is illegal, but it is a secondary offense. This means that you cannot be pulled over for texting in and of itself, but if you get pulled over for a separate traffic violation (such as running a red light), you can still get in trouble for it. Talking on the phone is legal here, but should be limited, preferably with a hands-free device. Be aware, though, that these laws are ever-changing. Many believe this too lax and too few distracted driving citations are issued annually. They are working hard to introduce new bills making it a primary offense rather than a secondary in order to make the streets safer.

Tens of thousands of accidents occur annually with hundreds dying in the process. While the law may make it sound like you can get away with texting and driving, that is not necessarily the case, and you must realize that making that decision means consciously endangering yourself and those around you. It is still illegal. Drive safely, and drive responsibly.