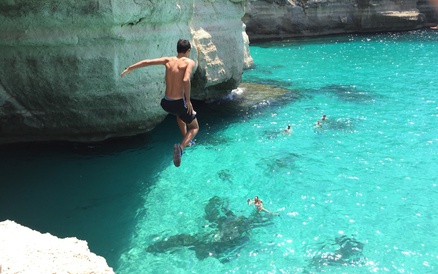 The federal appeals court were the ones that ruled that an injury that was suffered on a recreational boat anchored in a shallow recreational area falls under the admiralty jurisdiction in the area. This decision comes, even though it goes against the 1972 US Supreme Court decision that ultimately weeds out any absurd cases that have little to nothing to do with maritime commerce. This is the same decision that wanted to exclude all plane crashes above water, as well as swimmers colliding with one another in the same waterways. A Diving Accident maybe a different story.

However, the high court stated that ordinarily any and every injury that is involved with a vessel on the water, falls within the scope of the admiralty jurisdiction. This case falls within that scope. The only issue that they are having a hard time with is whether or not it is covered when the passenger jumps from the vessel in the open water. The court decided that they are covered. It does not matter if the vessel is for recreational purposes or for commercial ones.

When a swimmer did a back flip off of the side of a vessel into shallow waters in a popular swimming destination and suffered a spinal cord injury, it was said that the operator of the vessel failed to keep all of the passengers safe. The man that suffered the injuries that left him a quadriplegic for life, sued the operator of the vessel due to this particular law. This was due to the operator’s failure to warn every one of the dangers of diving in shallow water, letting them know the depth of the water, or making the choice to go out in deeper water.

This happened because the facts of the accident met all of the conditions – they were in navigable water, could have disrupted any commercial traffic of vessels, and it occurred during a traditional maritime activity which are all covered under the admiralty law. The lawyers are now saying that this is a new suit that is going to follow through with many of the maritime activities that continue to come into place within the court system.